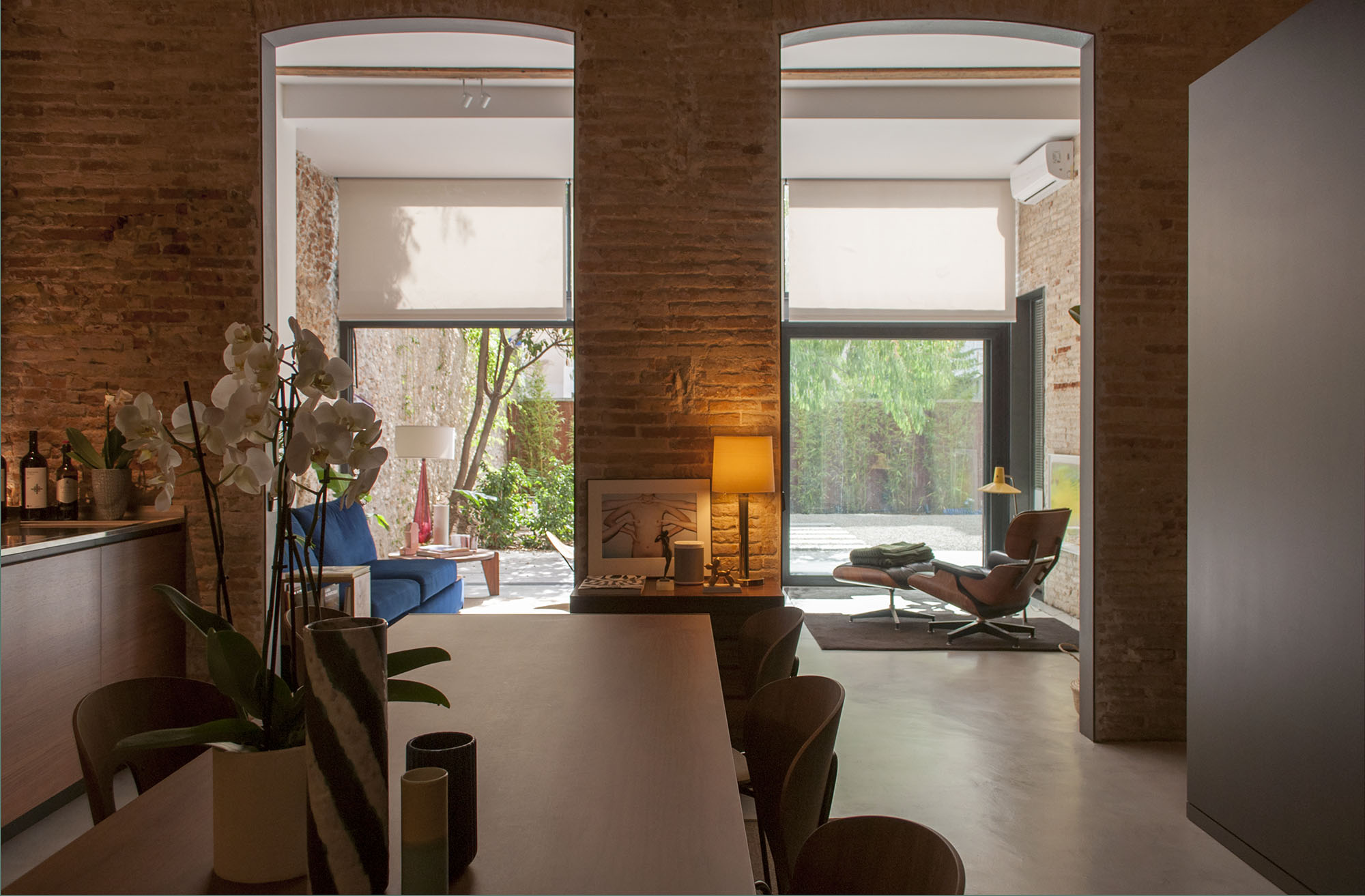 05 Oct Before and after: Rehabilitation of an apartment in Sitges

Posted at 14:32h in Uncategorized by Gerardo van Waalwijk
Share

Before and after: Rehabilitation of an apartment in Sitges.

Rehabilitations are much more than just a paint job and some new tiling in the Kitchen. In this post we would like to show you the rehabilitation of an apartment in Sitges and how, starting with a almost derelict property, we got some amazing results. Using pictures from before and after our intervention, you will  find the true effort that the construction company and ourselves put in the project in our way to bring to light the true architecture behind layers of plaster.

The naked walls and roof are, undoubtedly, the most interesting point of this rehabilitation. Both were crushed to discover the original walls and stone, with a double intention: give the apartment a unique feature and to solve a humidity problem, allowing the walls to breath freely.

The apartment had a very clear configuration between the two main zones that the new owner wanted to use to generate a dual function: a working area for an small office and meeting room and the apartment itself. The working space was directly linked to the entry, separating both with a big wood panel that hid the computer area, dividing the space in smaller, more efficient subareas, giving the space a cleaner look.

The aluminium windows were replaced for new wood windows with a much more traditional design, as it was expected for an apartment in downtown Sitges.

Like the rest of the house, the walls in the dinning area was relieved of any plaster to let the walls naked and ventilated. In the process of cleaning the doorposts, we discovered that there was important structural damage in some areas, so we designed steel perimeters to act as permanents shores. For the general pavement of the rehabilitation, we choose a seamless micro cement, that will help the radiant heating to spread better.

The second area of the house received a similar treatment than the first one, being divided in smaller units by a big wide furniture that contains the fridge and the freezer in the kitchen side and a couple of closets in the bedroom side.

The living room area is the one that changes the less, keeping itself almost the same in its configuration. It keeps the same idea of bringing front the raw material of the walls, cleaning the central steel column. In the doorposts, we reproduce the idea of the steel arcs to keep a consistency in all the intervention.

The biggest area is committed to living room and rest area, while the back area locates the bathroom and cleaning area. One of the old doors is closed with a glass and a curtain, permitting the bathroom to have natural light if needed.

The terrace was being totally neglected and a full rehabilitation was needed. The aluminium windows were replaced by three big shutters that can be gather up at the side, leaving a clean front; the old pavement was covered in gravel from a near quarry and 2 cms. wide tiles were used to create a raised pavement that allow to keep the same level that the interior of the apartment, leaving the window guide hidden in between pavements.

The back of the terrace, a naked brick wall, was covered with a vegetal fence and a line of bamboos that created a soft visual barrier over the end of the garden.

You can see more about this rehabilitation and other projects and designs of RARDO-Architects by clicking here.