RENOVATION IN A LISTED HISTORICAL BUILDING

We were asked to carry out a full-scale renovation of an apartment located at an 1862-listed building in Sitges, Barcelona. Set in one of the most distinguished streets of the city, the floor had an out-dated interior architecture configuration. We had to create a metallic enclosure to allow us to demolish all its non-structural walls and elevate the floor of the property. This procedure was fundamental to meet modern standards and to satisfy our client’s requirements. We reconfigured all of the spaces to emphasize the division between daily common areas from the private ones. The inner walls were placed parallel to the outer and margin wall to optimize the use of every room. The structural walls remained intact, except for those facing south. We used a series of shorings to open the southern wall and bring natural light inside, while taking advantage of the views towards an inner plaza. Taking in consideration our client’s identity, we meticulously worked on its interior design. We selected existing objects and created custom furniture to bring functionality and character to every environment.

The following project presented our team a major challenge. We had to completely renovate the interior architecture of a floor located inside a building distinguished by its facade patrimonial value. Located in the historic centre of Sitges, we found ourselves with an antique, obscure and obsolete apartment. The property had to be fully refurbished to regain its value. The home needed from a professional eye to discover its maximum potential and develop a solution in accordance to new ways of living. Throughout the whole process we established a fluent communication with our client who at the moment was living in Hong Kong.

As a first solution, we designed a metallic structure that allowed us to free the floor from unnecessary and irregular divisions that limited the functionality of the property. We reconfigured the grid and adjust it to make a more efficient use of the space. The new partitions were reoriented so that the inner walls could be placed perpendicular to the outer perimeter walls. We redesigned the relation between the social and private areas by dividing them with the service area composed by the bathrooms and entrance. The listed façade remained intact.

The client specially asked us to maintain the sense of spaciousness when entering the home. He wanted to respect the existing visual between the rooms on one side of the apartment to the living area on the other side of it. But his most significant requirement was to establish a fluid connection with the outdoors. He wished for an indoor-outdoor living space to enjoy from the Mediterranean environment. We transformed a small balcony into a wide terrace. As we had to raise the floor for structural reasons, we could also hide under it the guides of the new terrace sliding windows. This decision was vital to create a sense of continuity between the inside and the outside of the house. Therefore, we have not only improved the visual relationship between the living room and the terrace, but also the functionality and the displacement between both areas.

The interior design project included the utilization of distinguished design furniture. Between modern and classics, we opted for an Oruga sofa and a series of BKF chairs, a design icon of the XX century. Also, collectibles and fine art can be found along noble materials and finishes such as natural wood, marble and bronze. 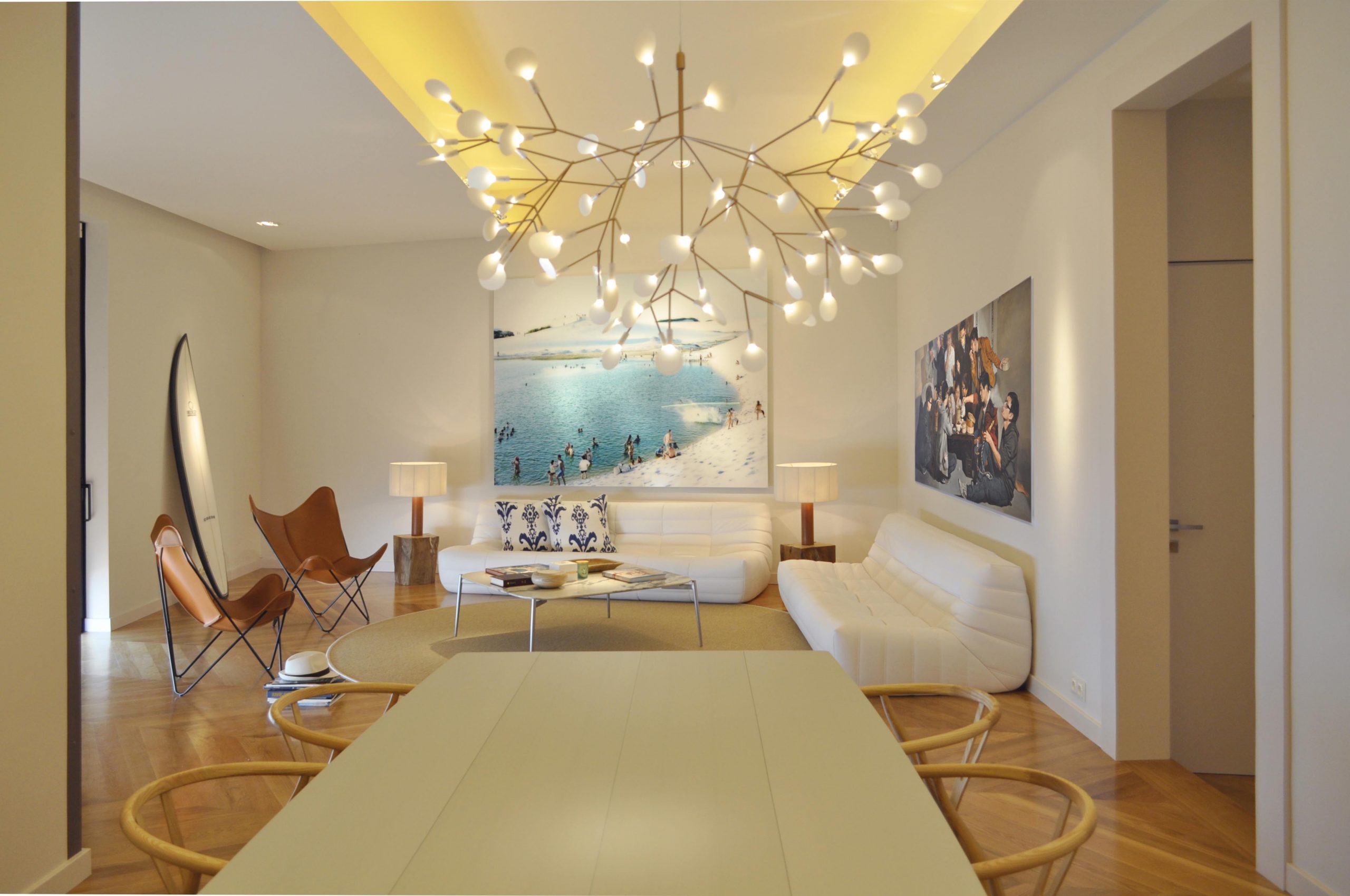 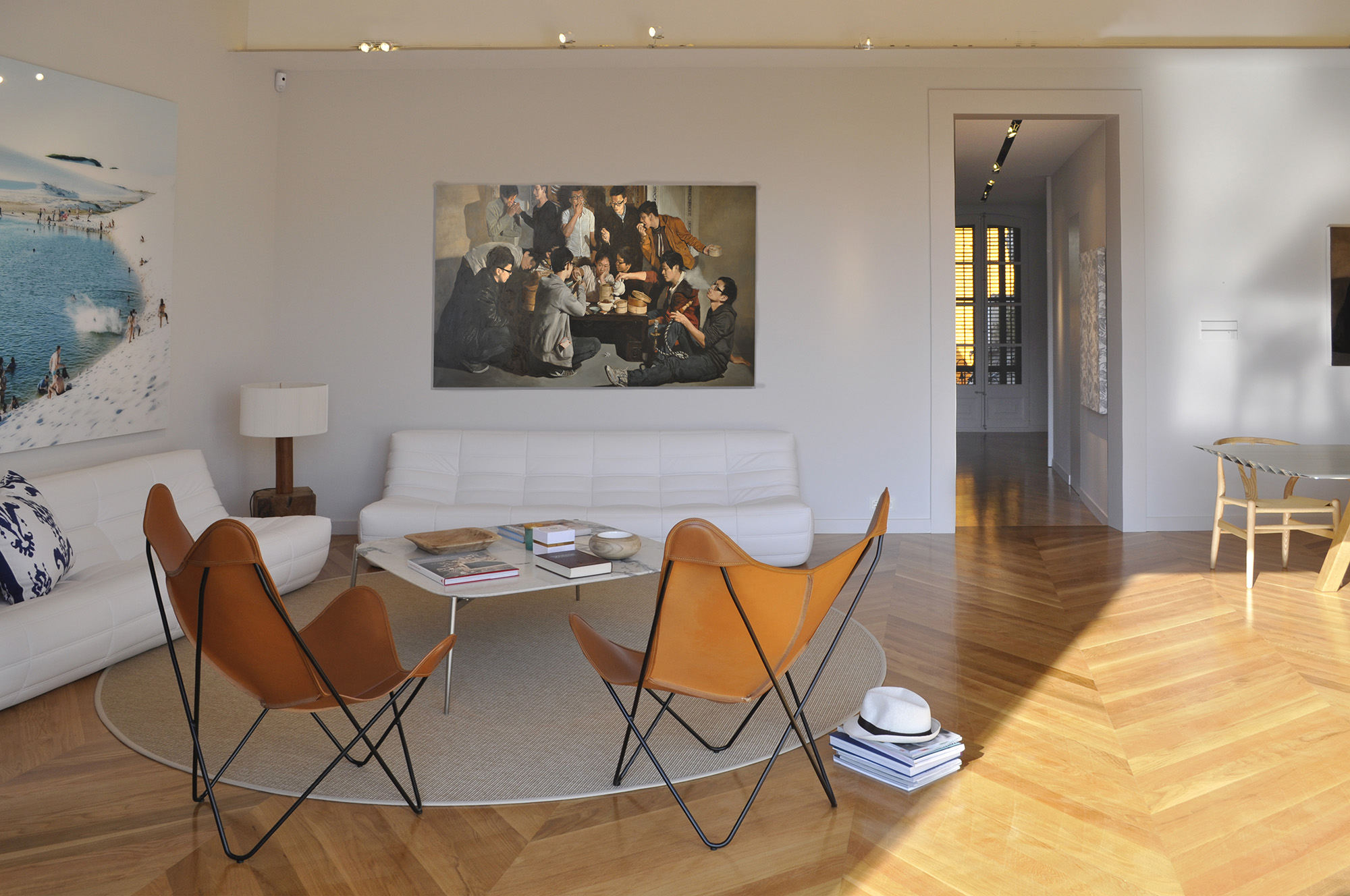 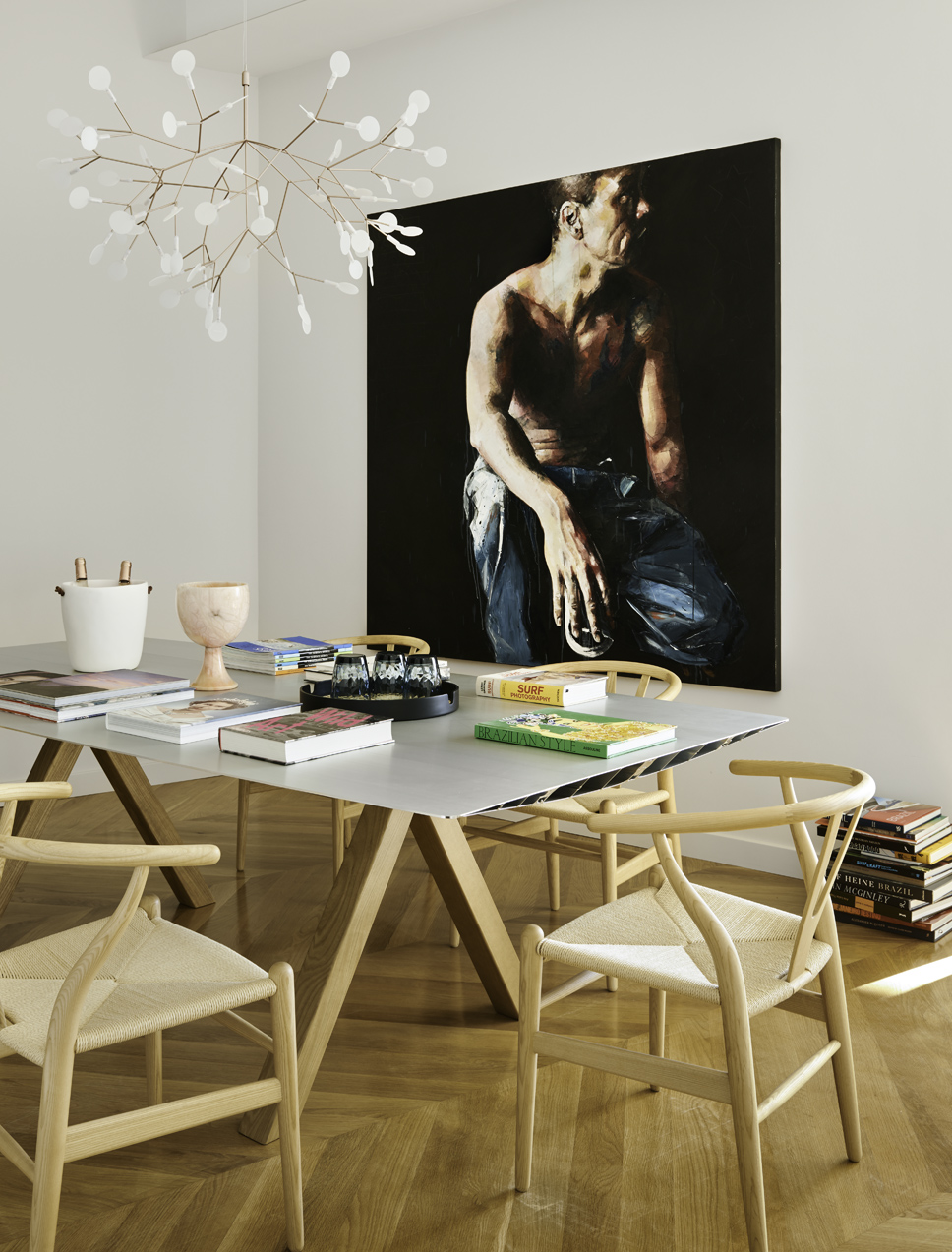 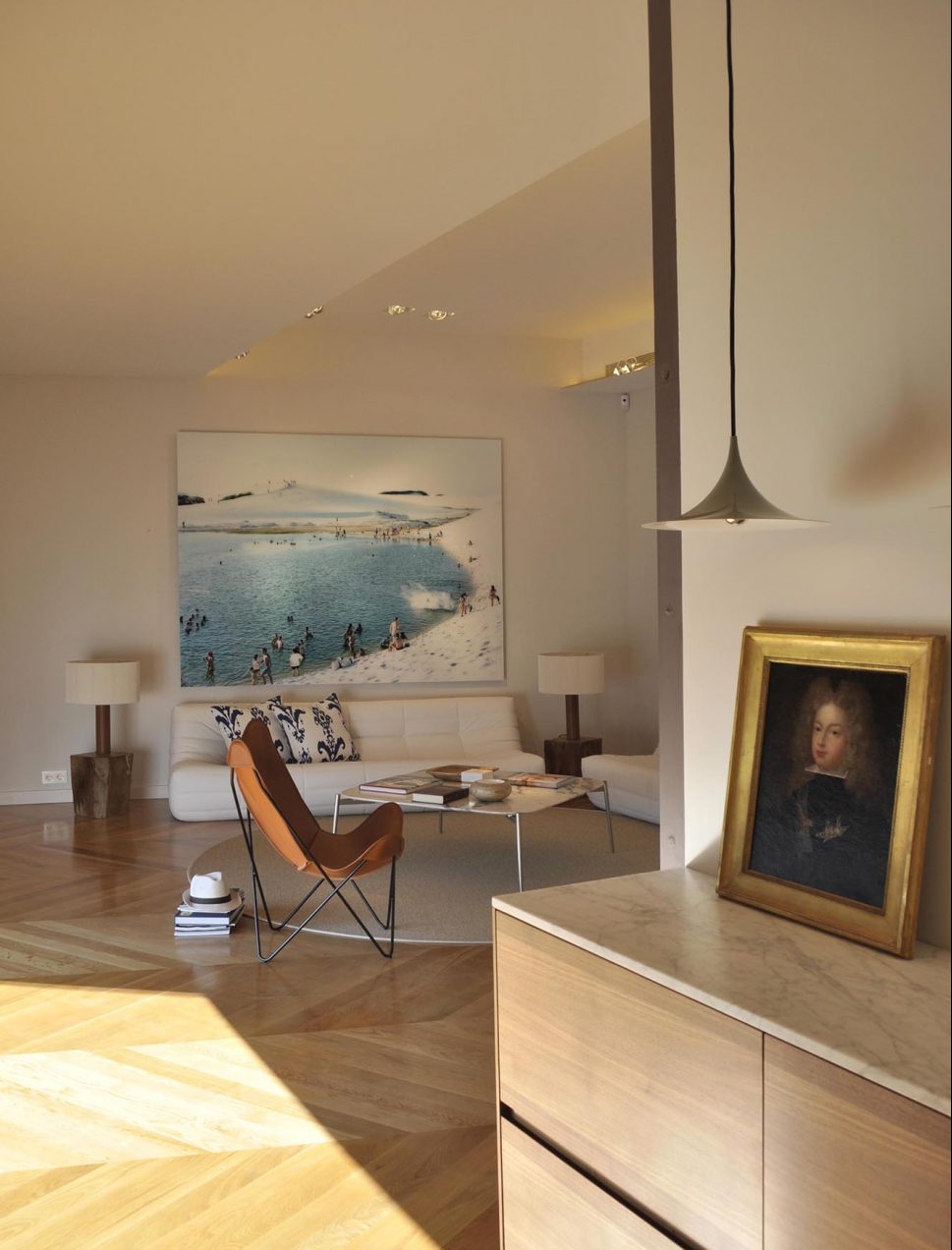 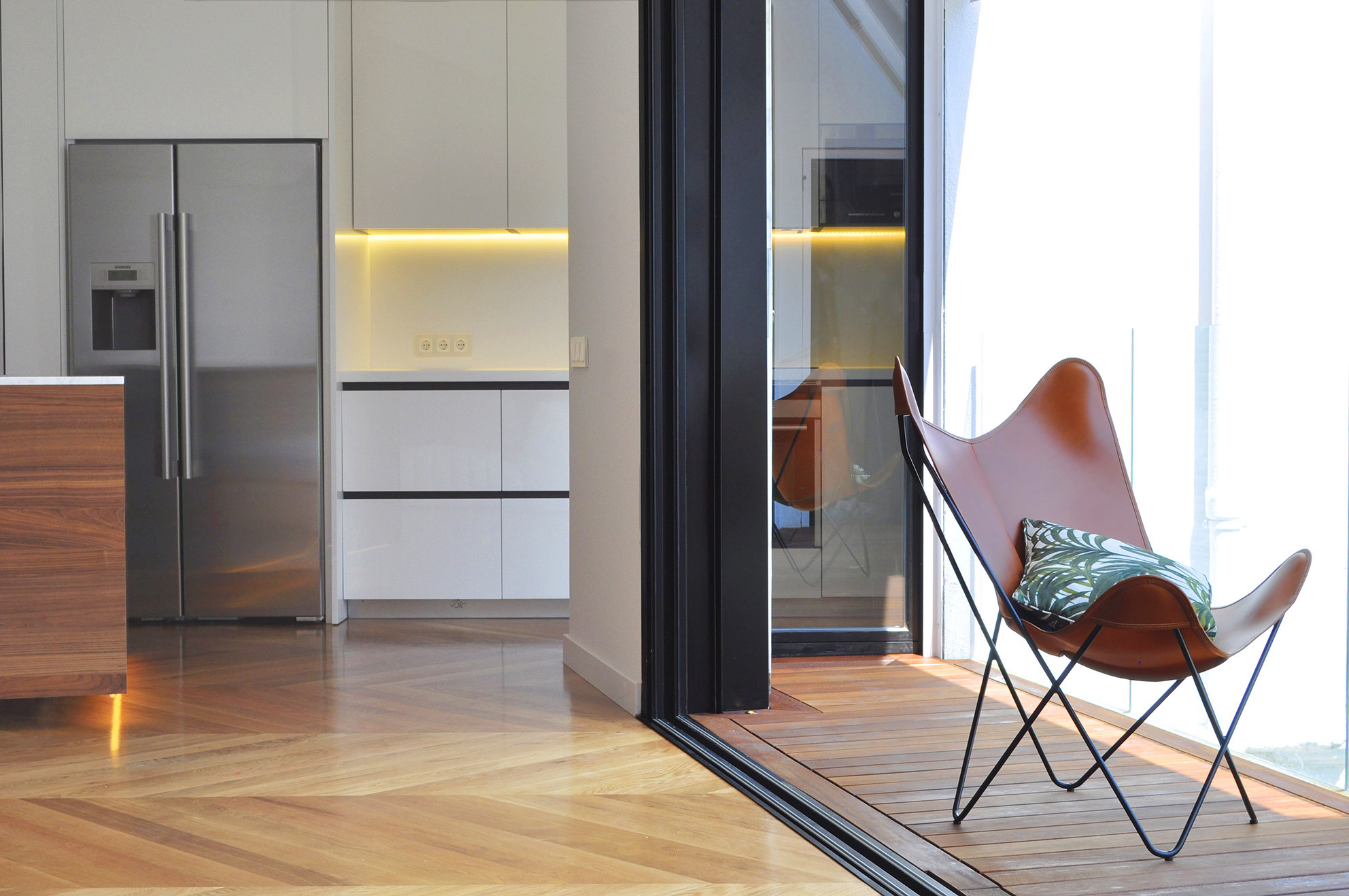 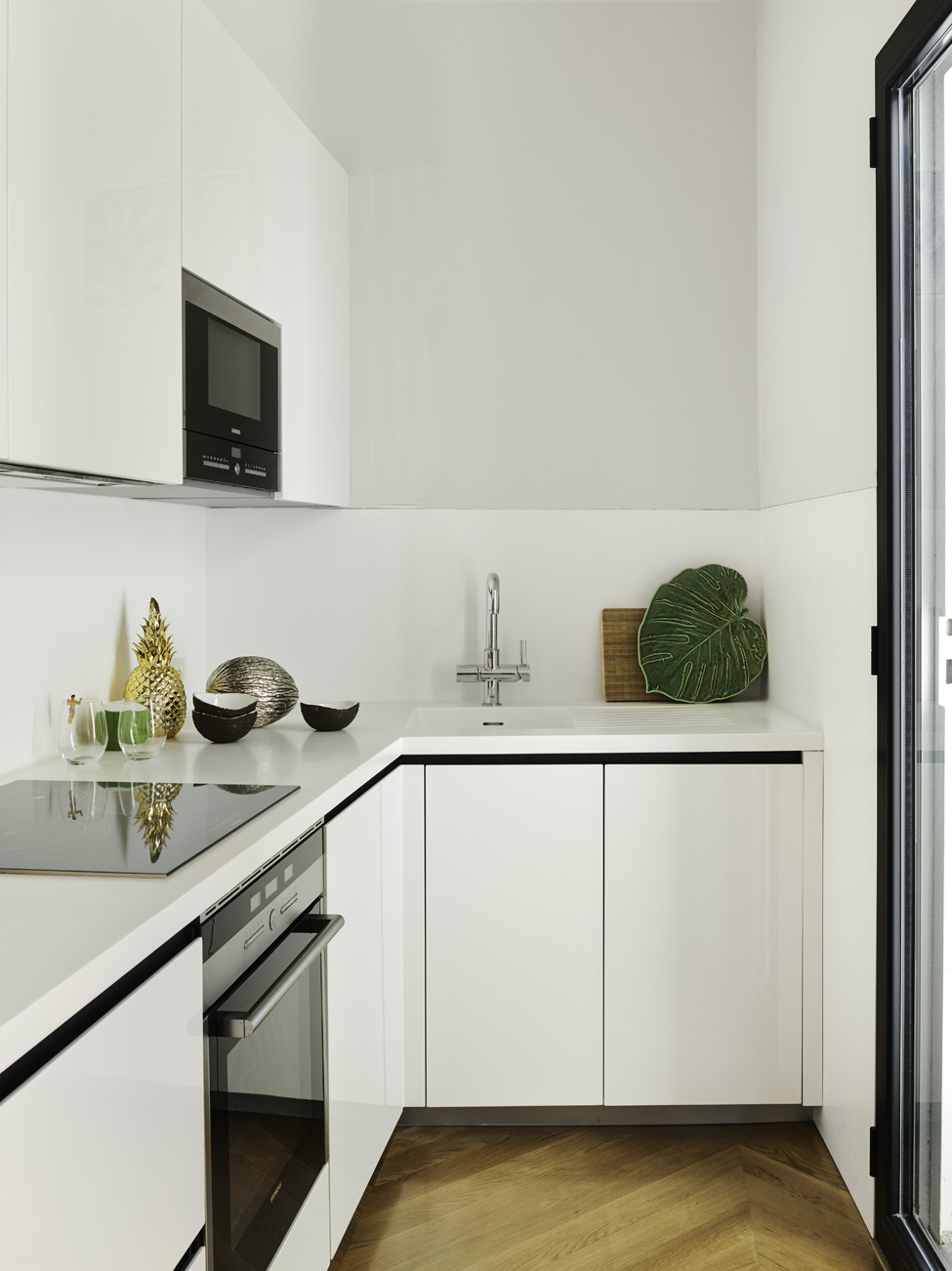 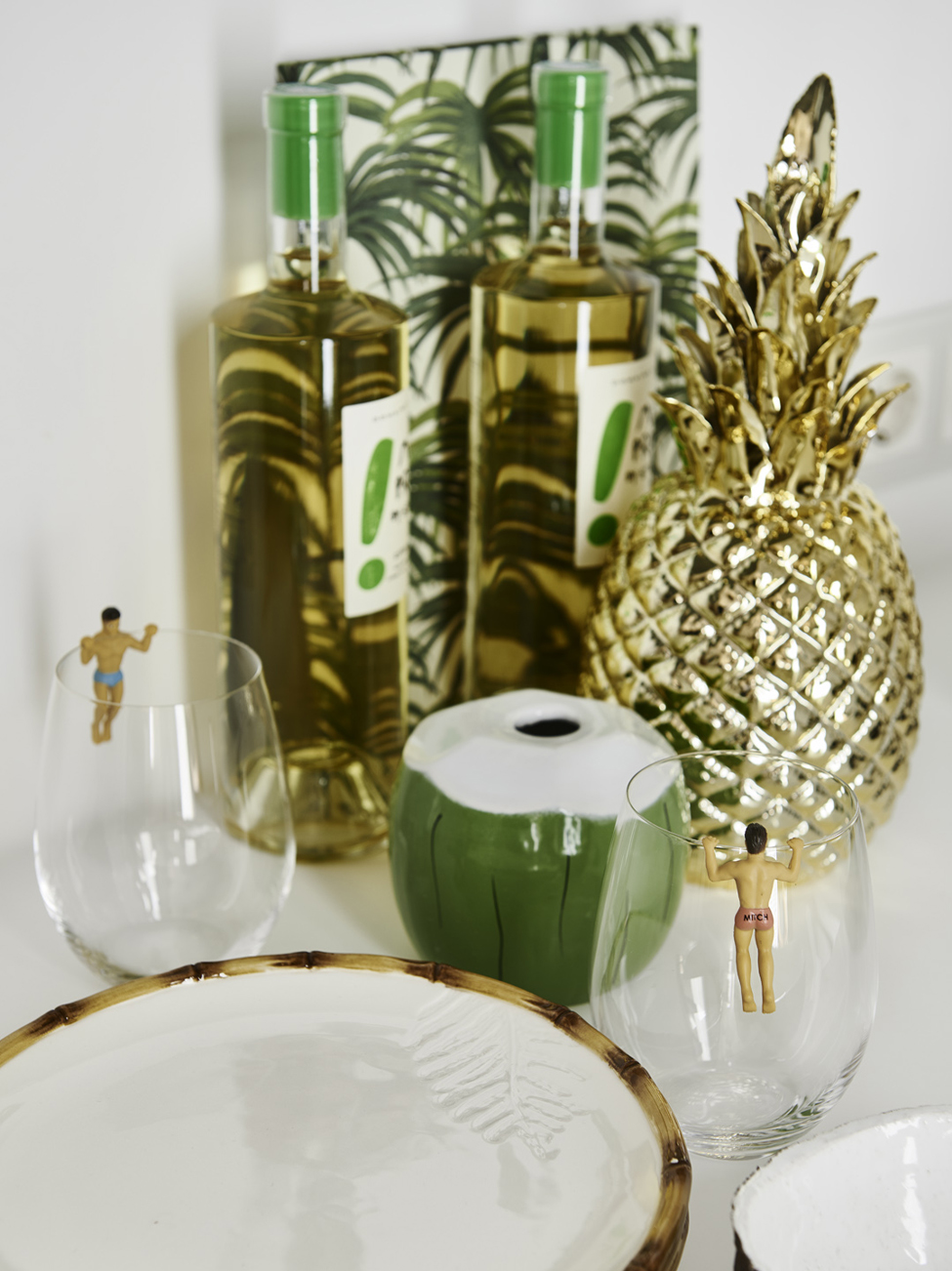 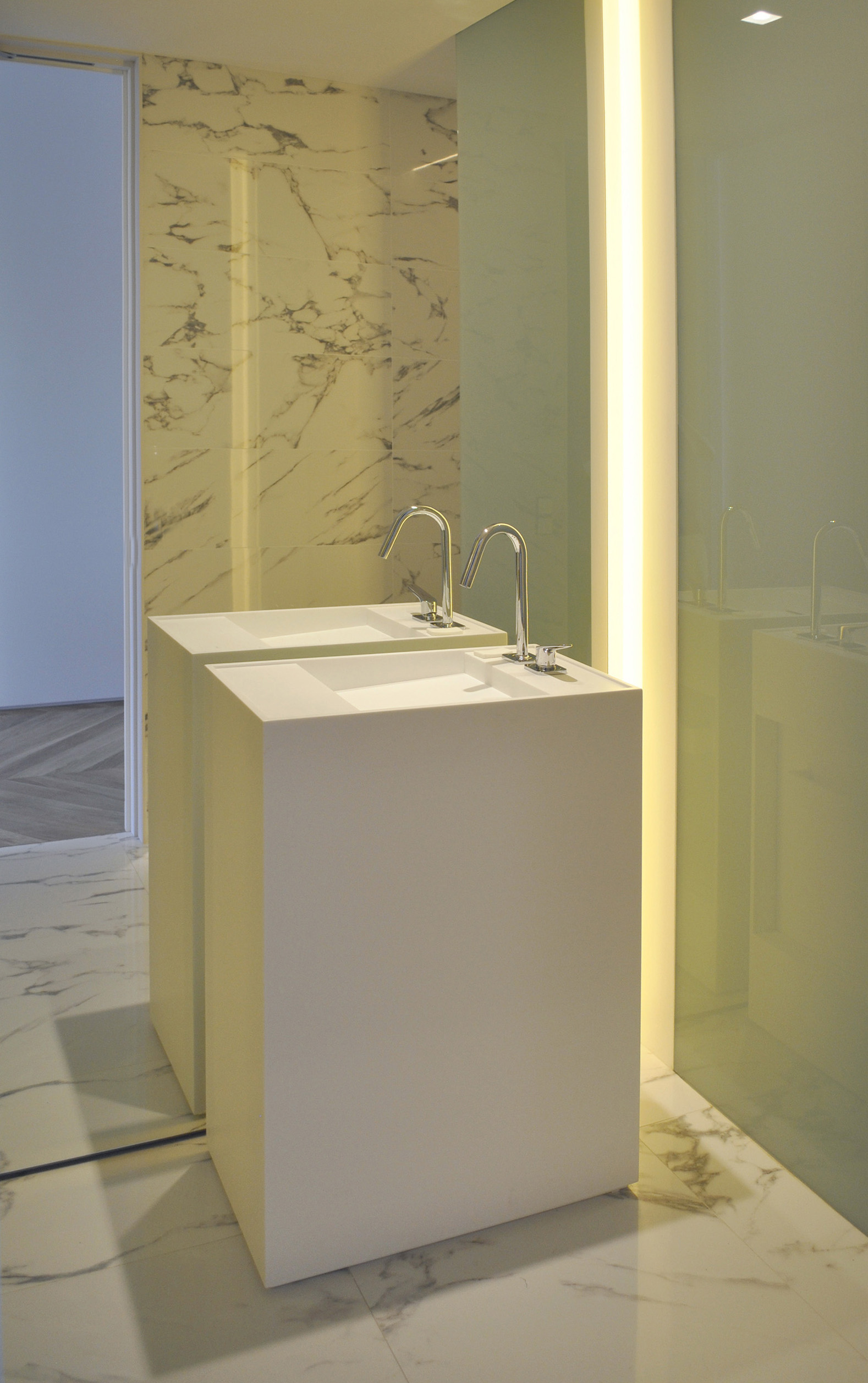 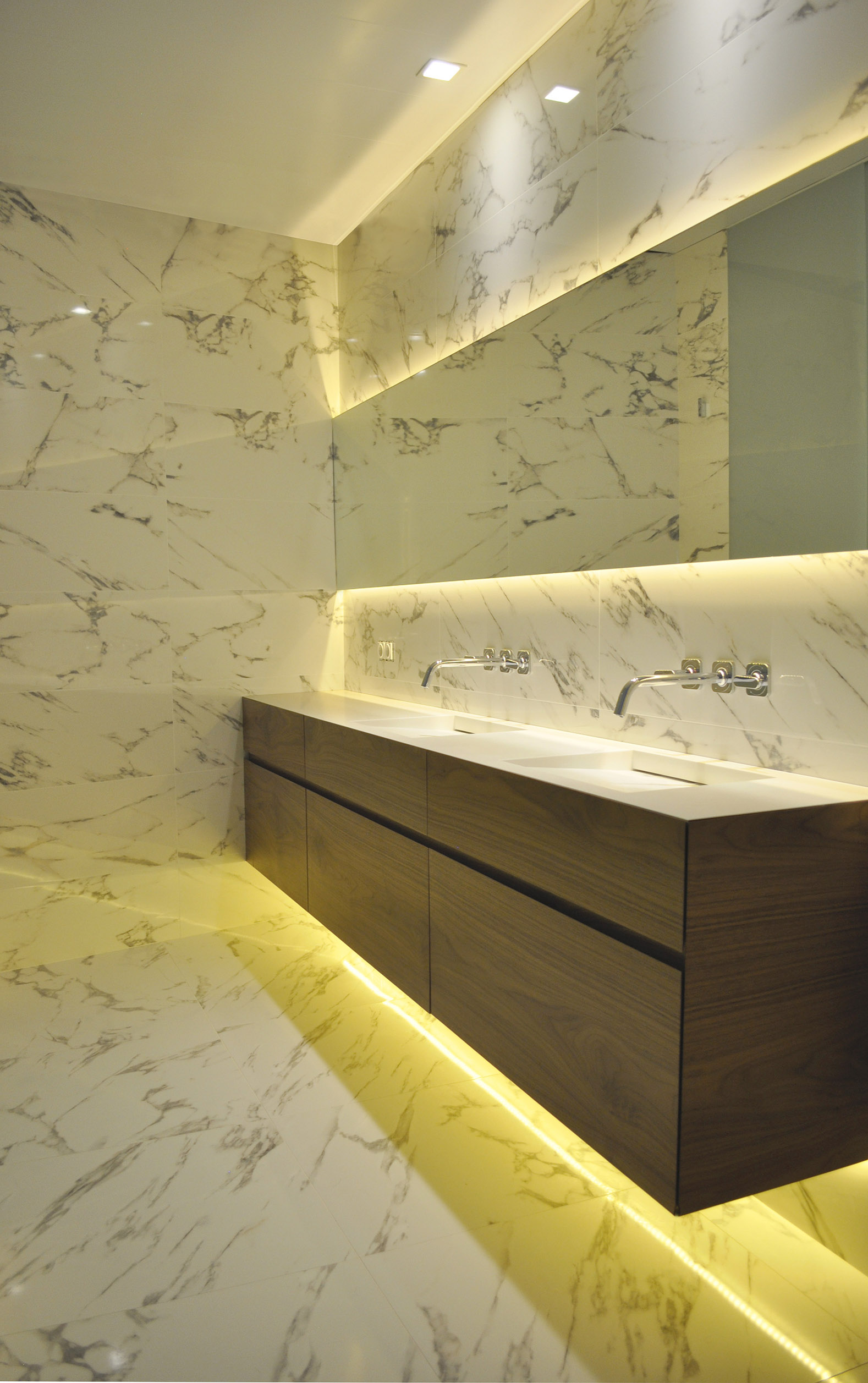 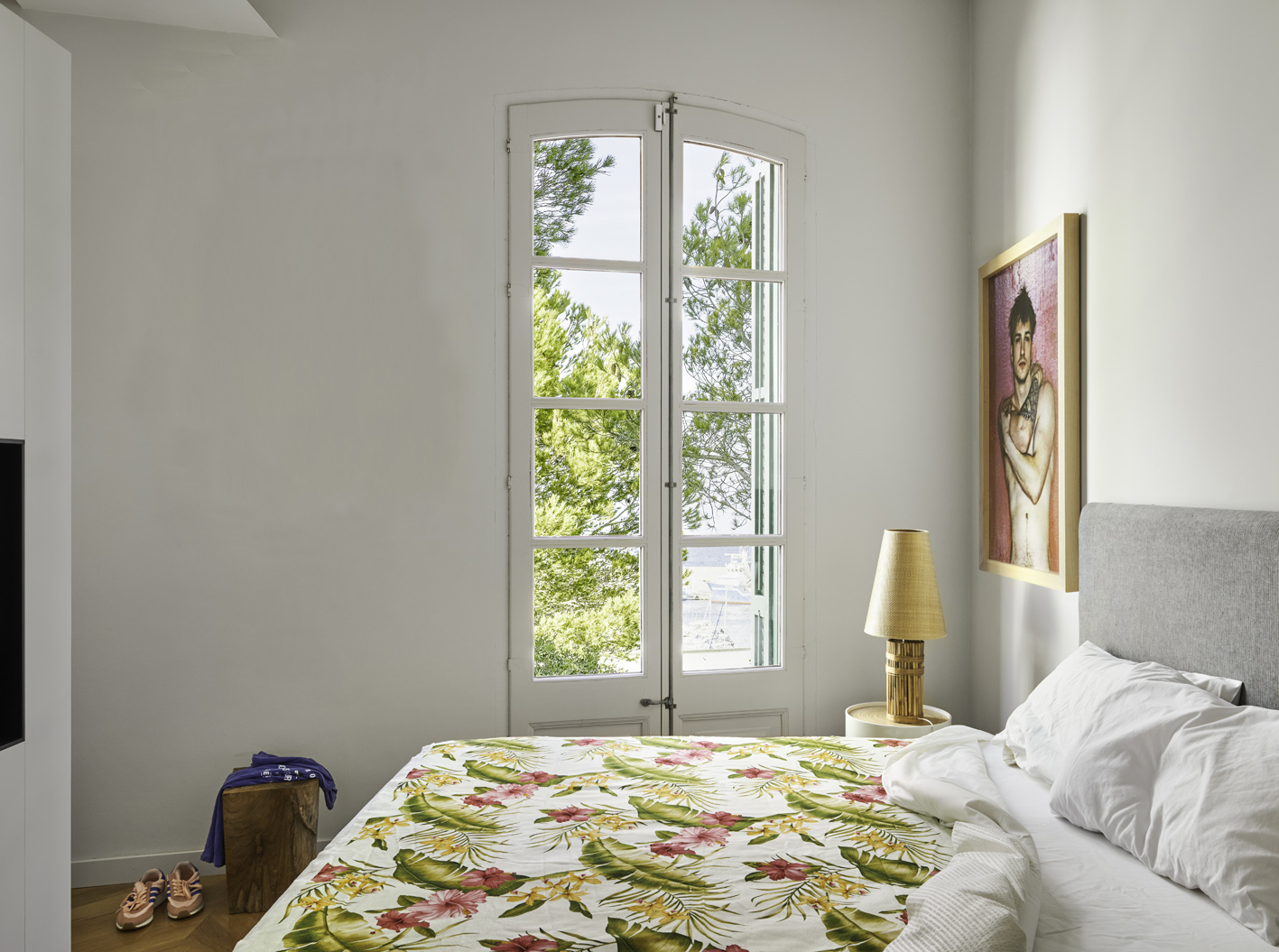 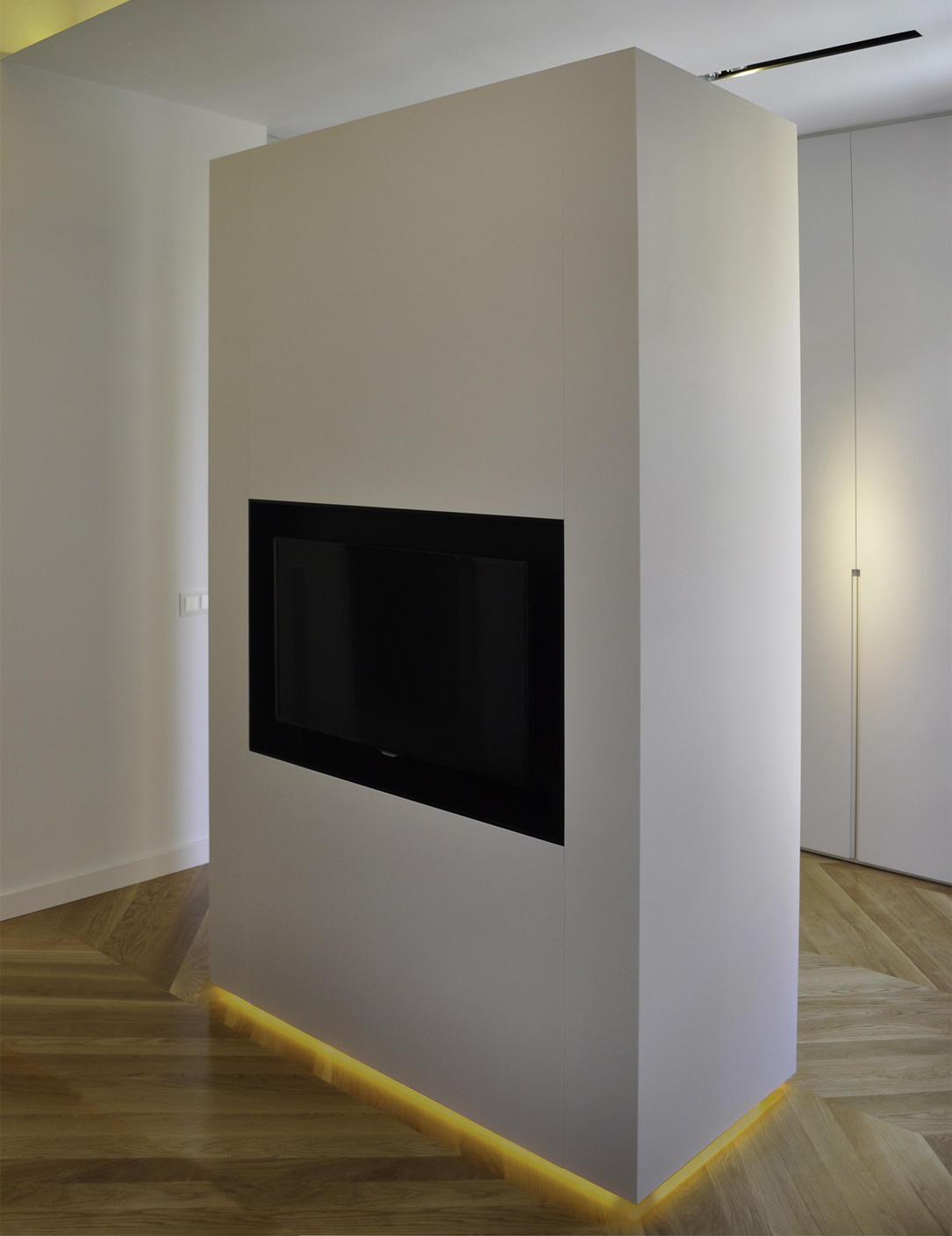 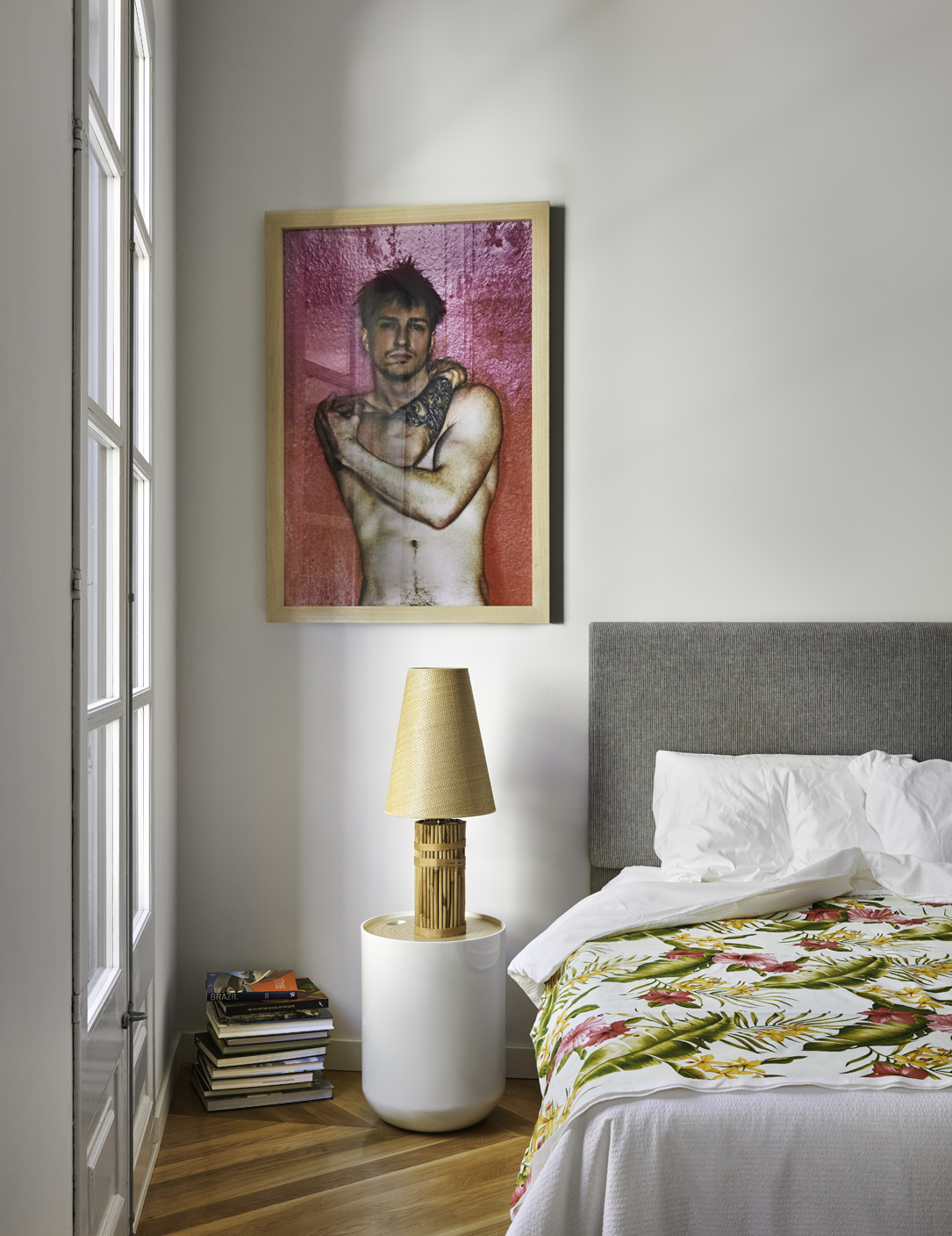 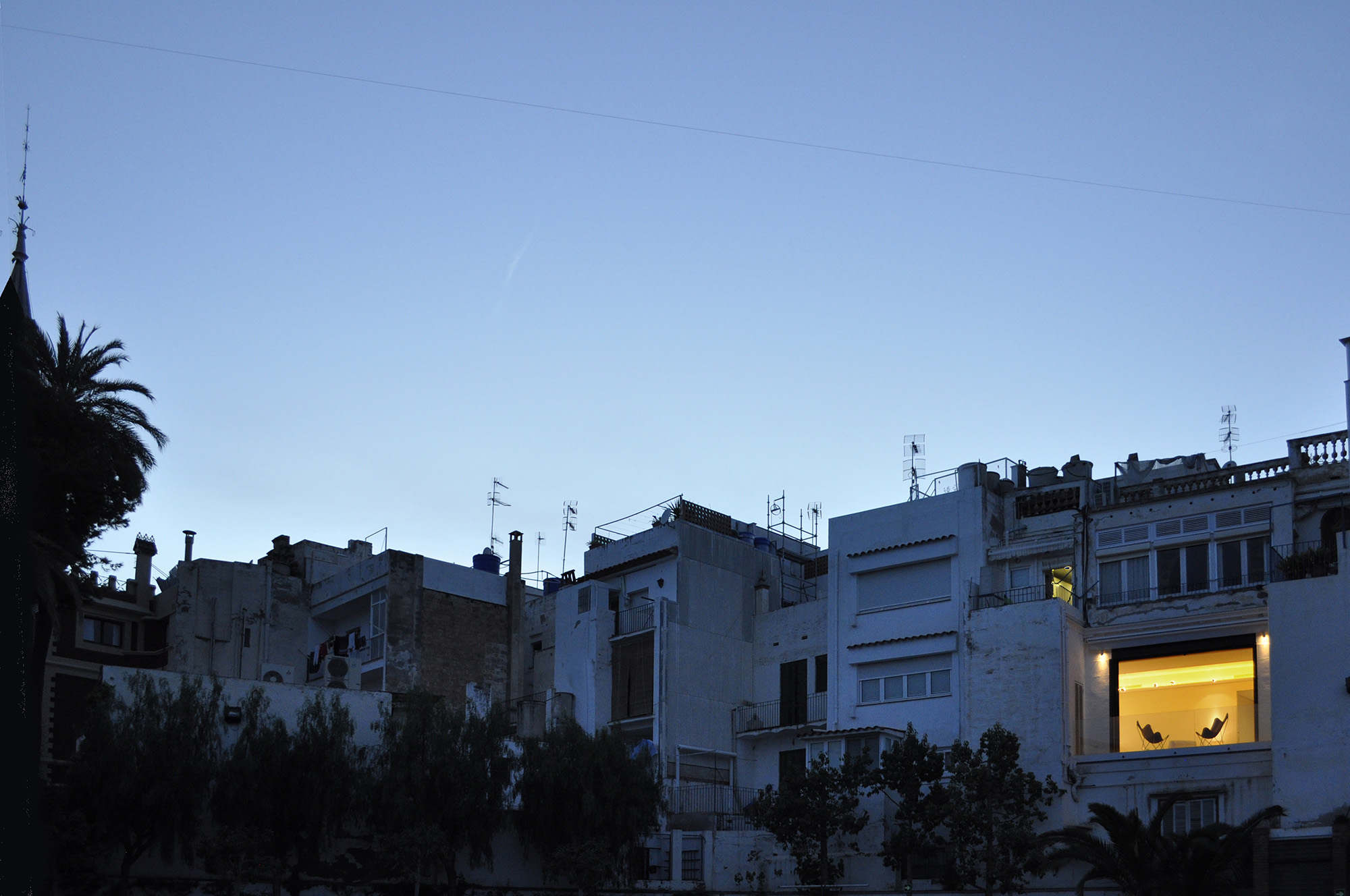 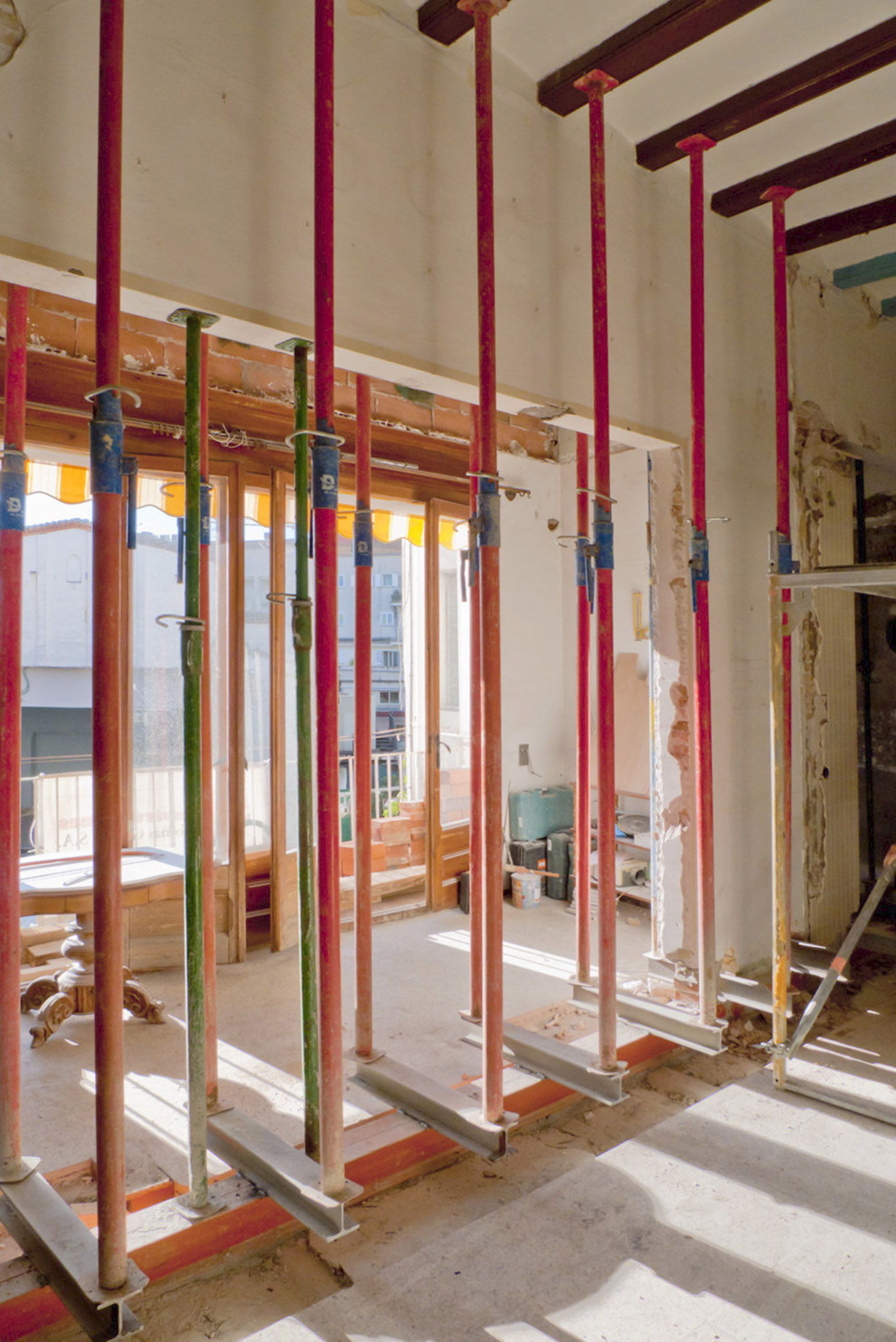 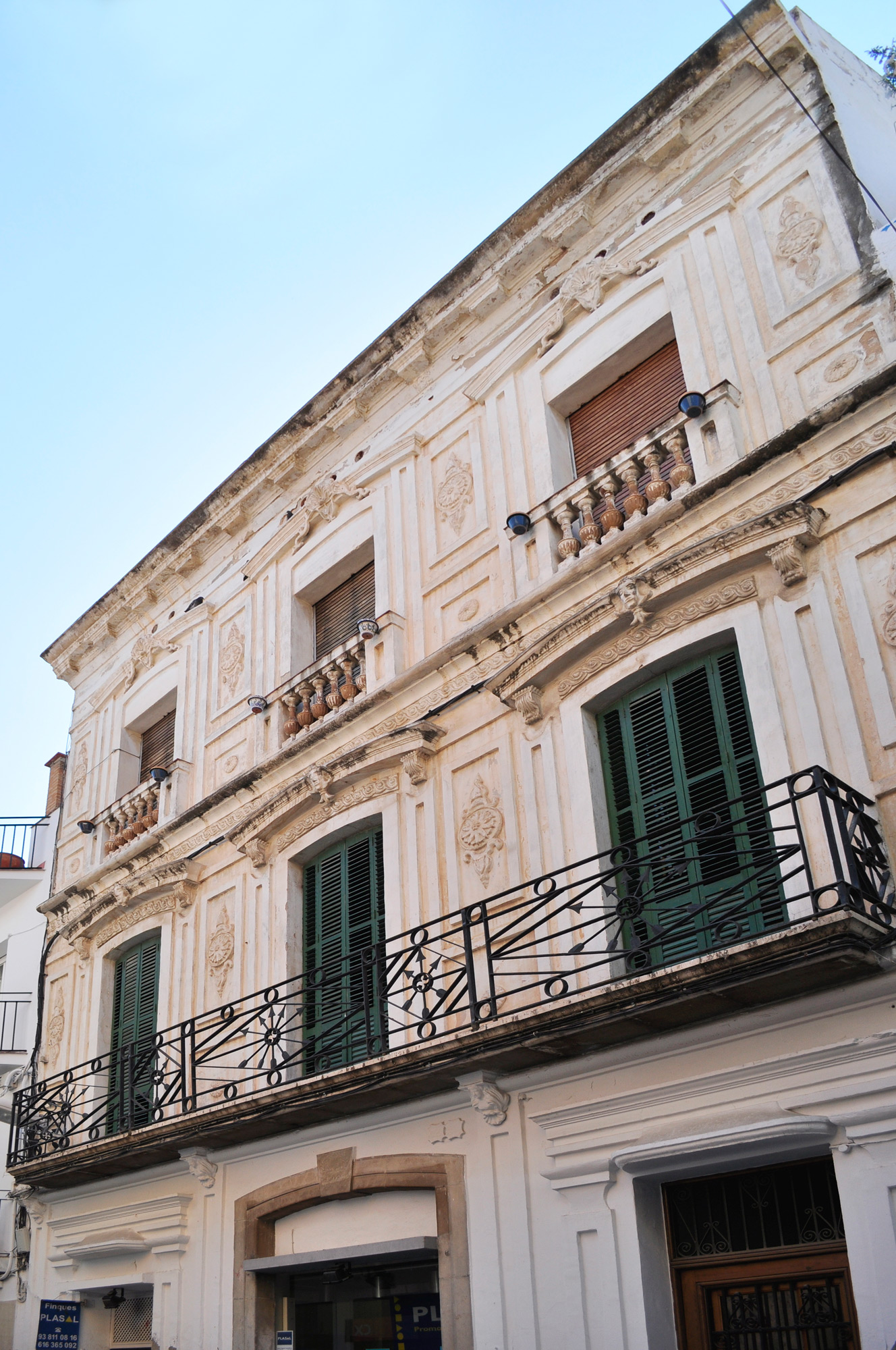 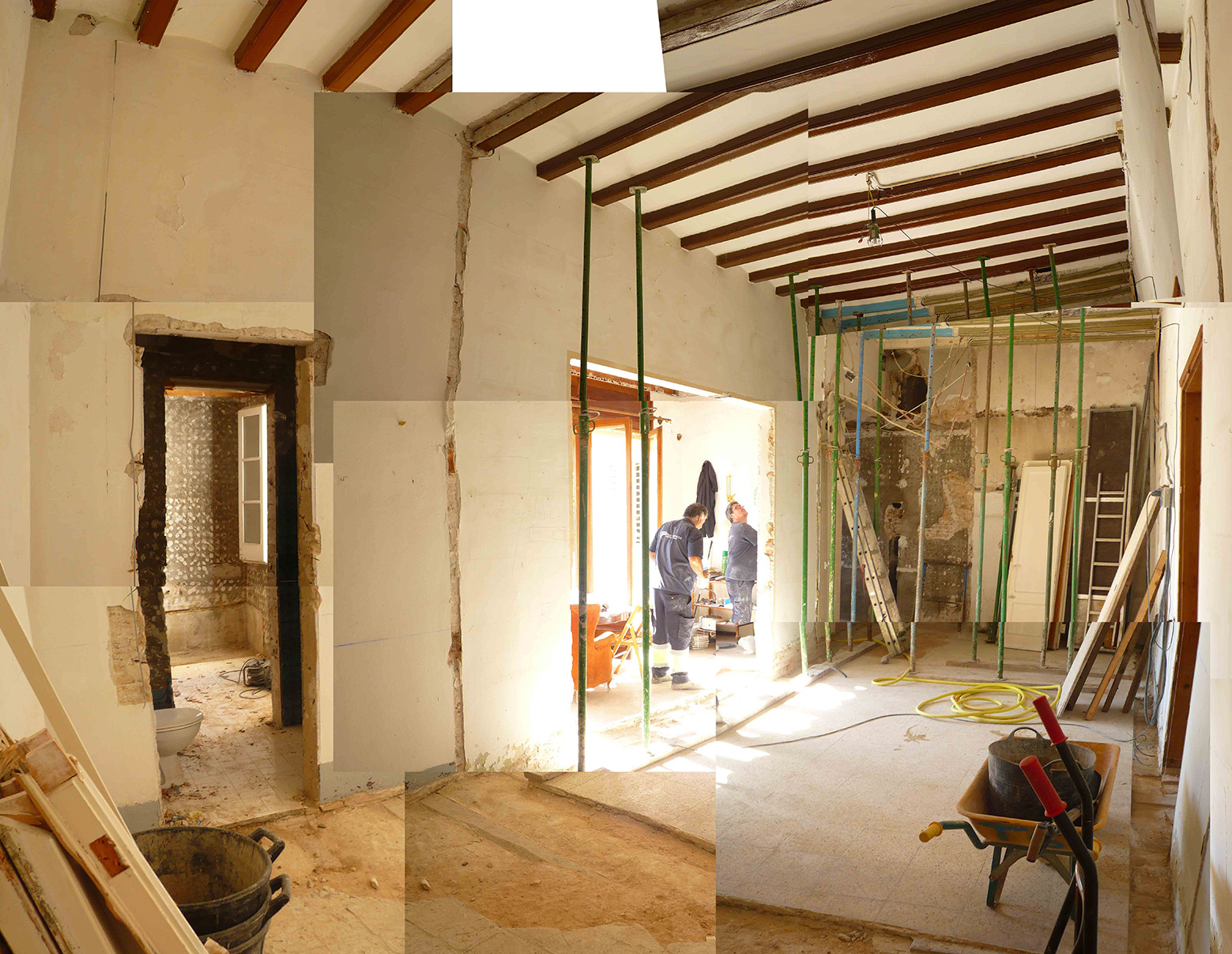 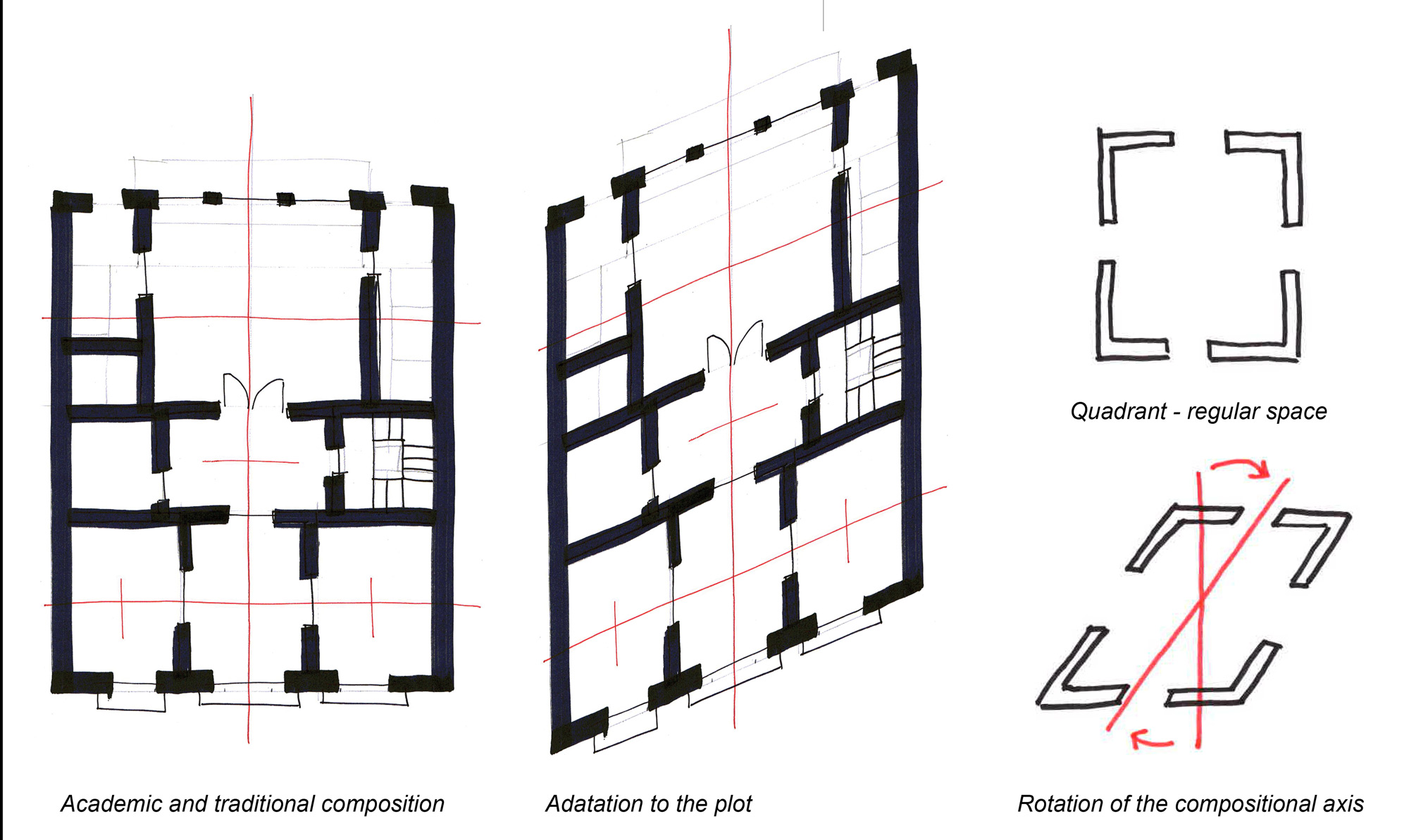 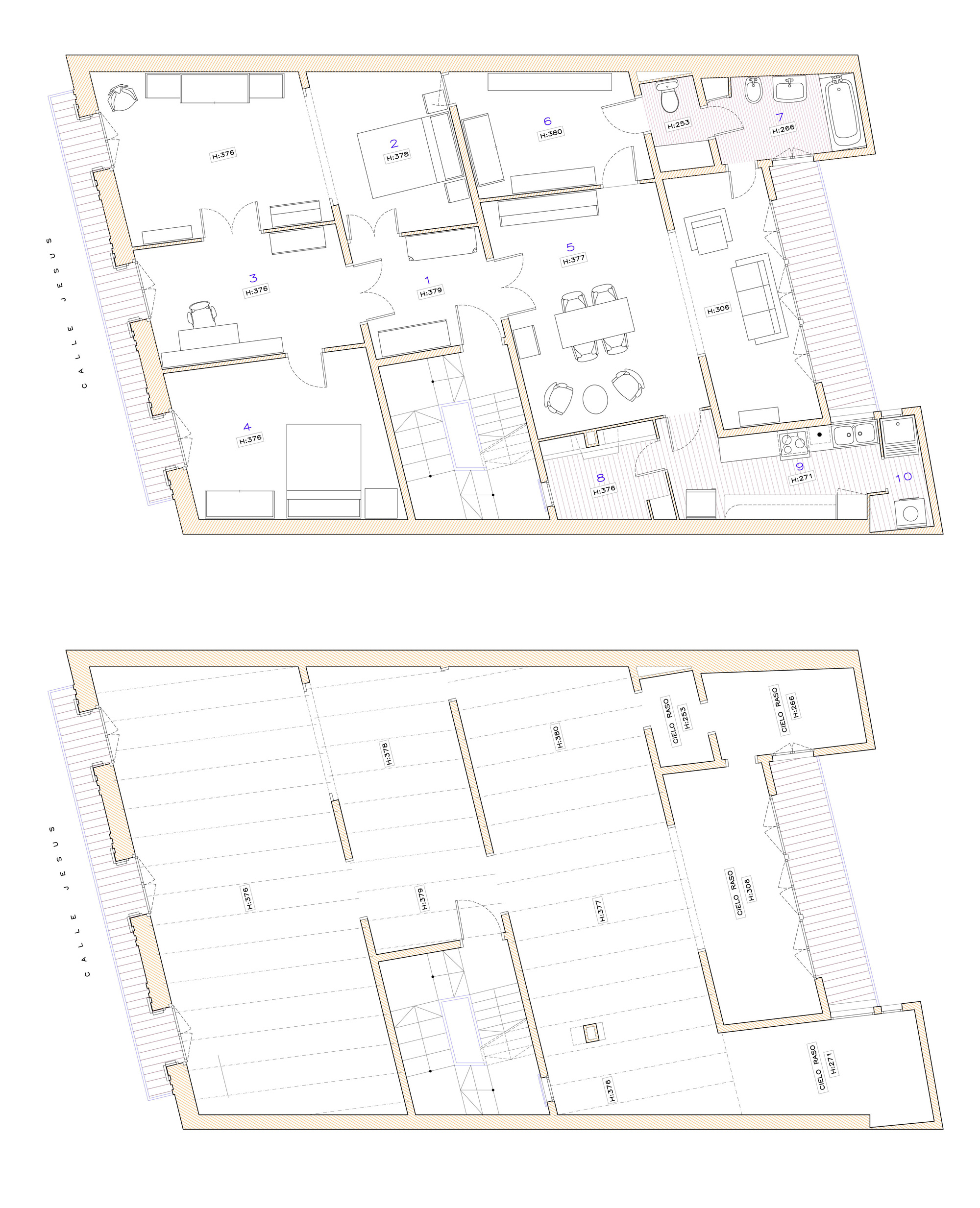 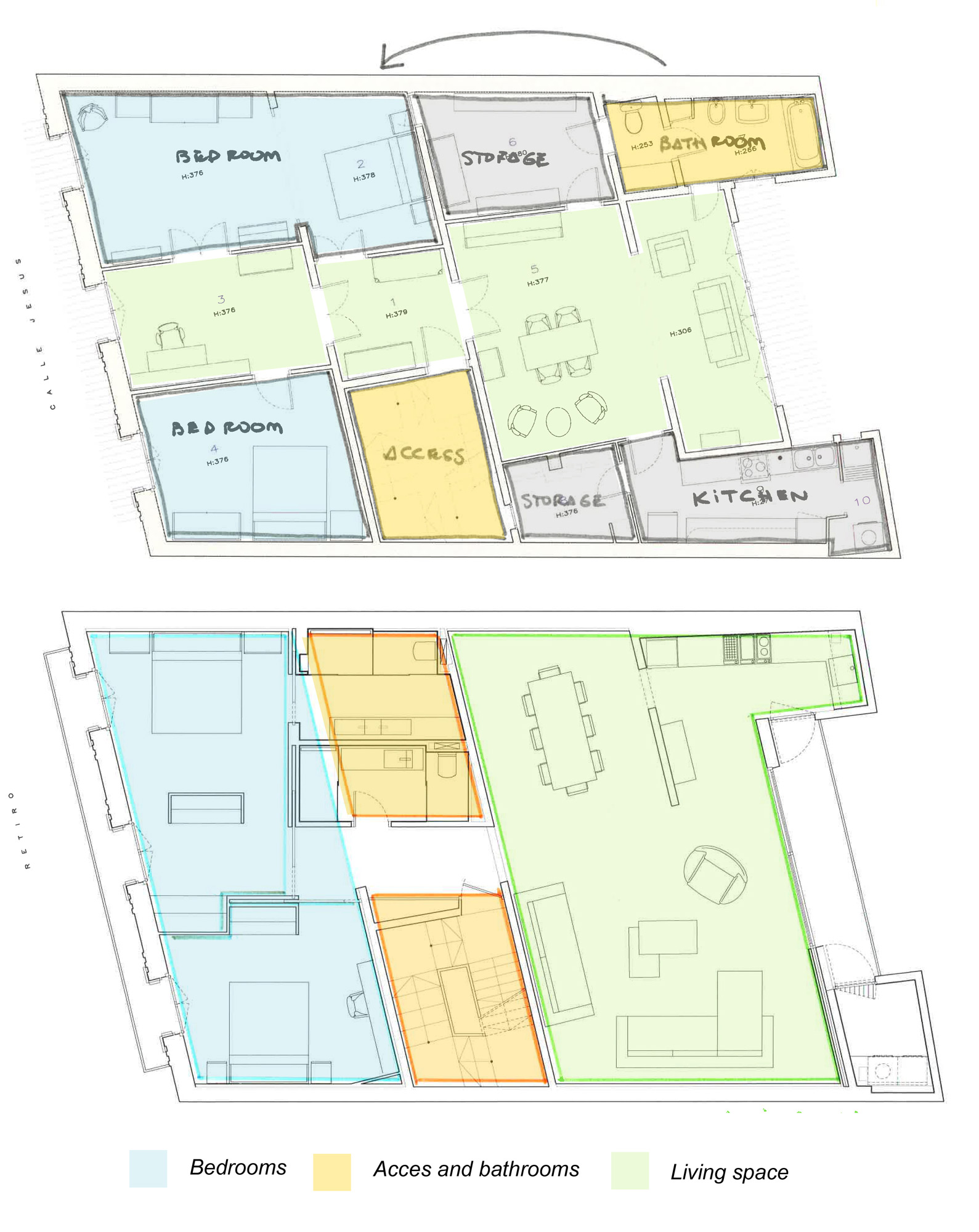 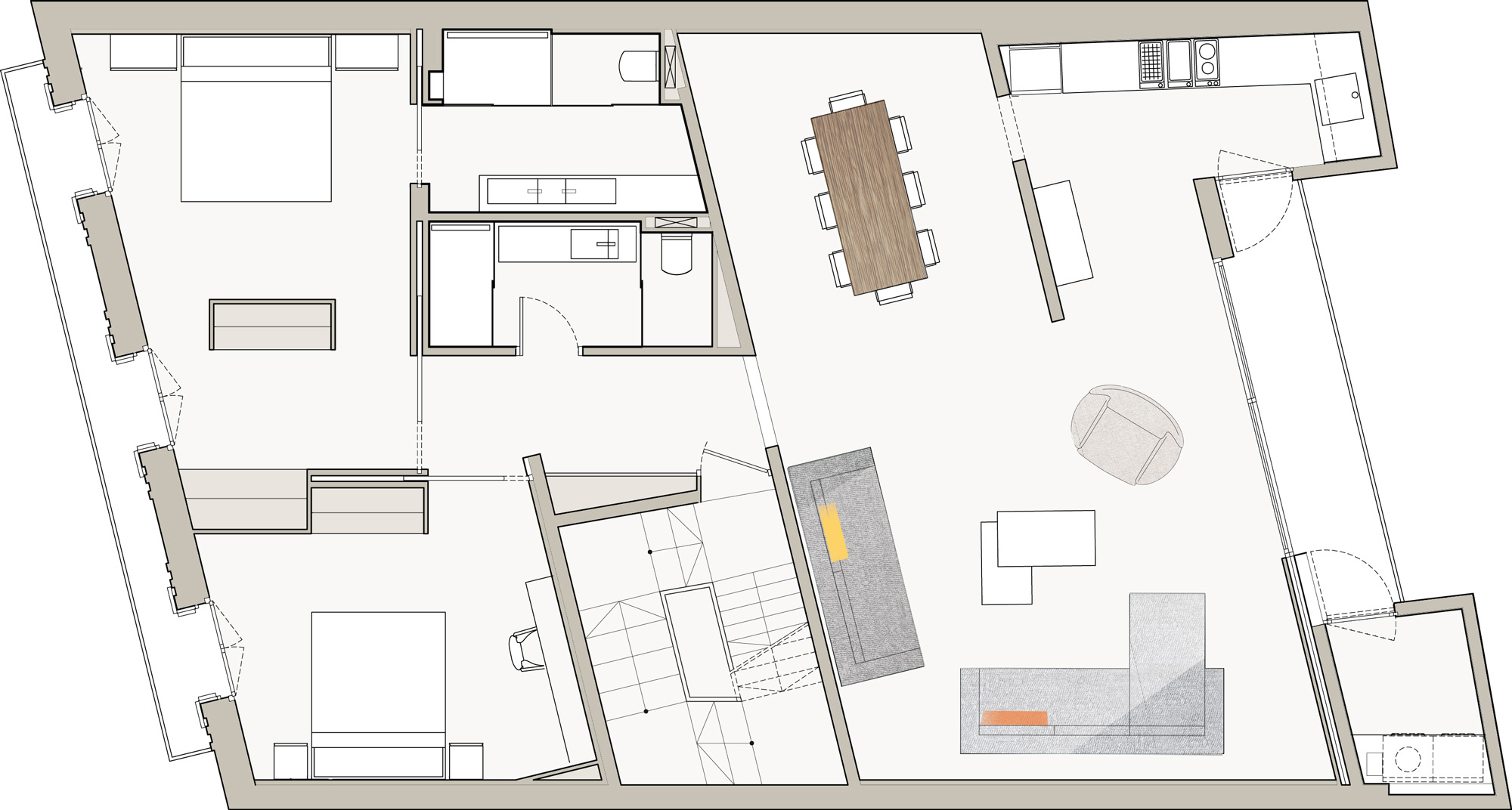 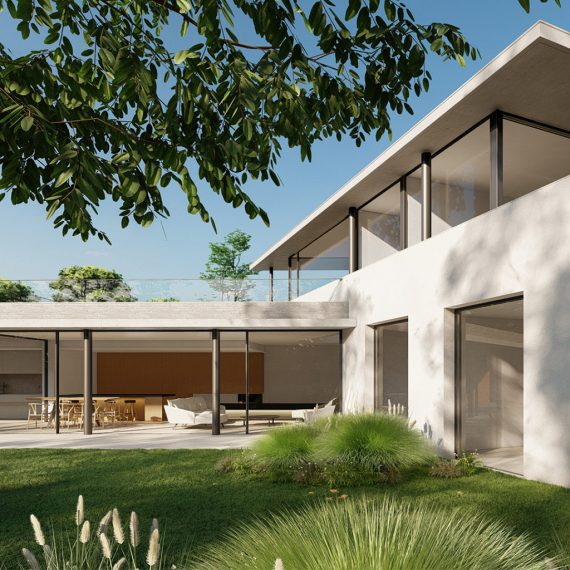 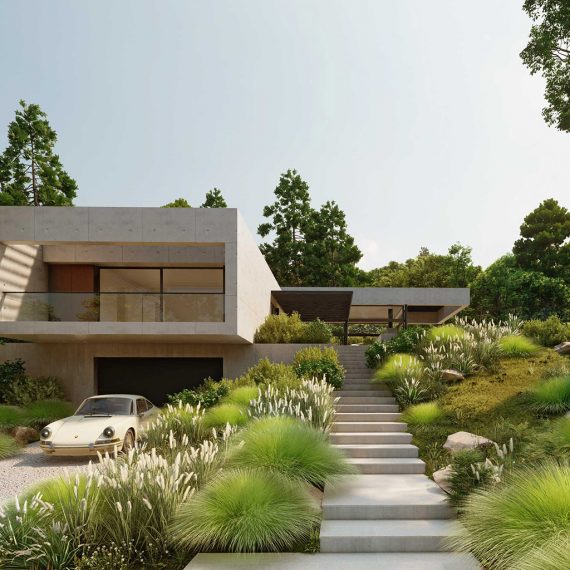 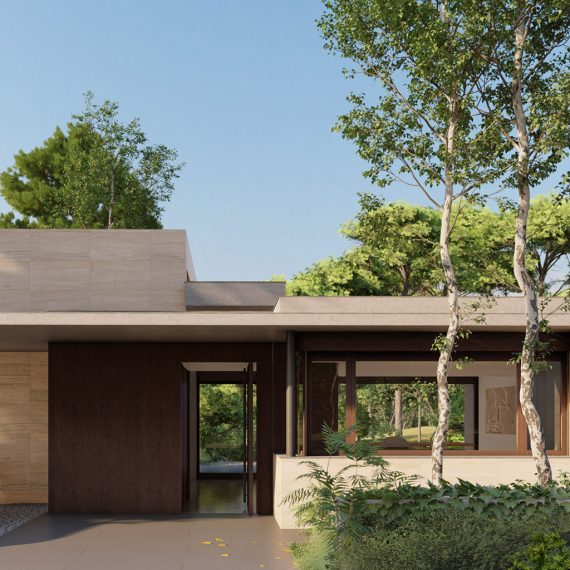